Hours open are Wed-Sat 2 pm till 7 pm...otherwise by appointment. We are happy to work with your schedule! Art by Paul Sorcigli and Becky Swain

Come down to Scottsville for more than just the river this summer! Inky Squid Studios is now open. We are located next to "Lucky's" gas station on Valley street. Over 9 years experience with relaxed, clean and sterile environment. Call to make an appointment 434-286-9700. Walk-ins also welcome. We except cash and major credit cards.

Inky Squid Studios is no longer open in Scottsville. I apologize for any inconvenience and, if you message me, I would be more than happy to recommend someone within your area. Thank you for all the support while the shop was open! :)

Inky Squid Studios will be open normal hours starting the first of the year. I hope everyone has had a great holiday season! :)

Dont know what to get that special someone? Wife, husband, son, daughter, mother, father, grandparent, BFF, dog (well, maybe not the dog)...

Stop into the shop and pick up an Inky Squid Studios
GIFT CERTIFICATE for the holiday season!

Inky Squid Studios will be closed today due to an over-indulgence of food, football, and family...but we will be open again for walk-ins Friday (tomorrow) for the normal hours of 2-7
As of now the who time is available so its first-come first-serve! 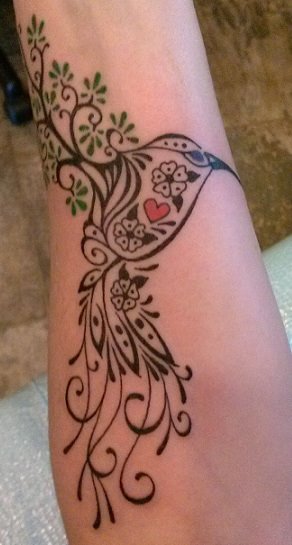 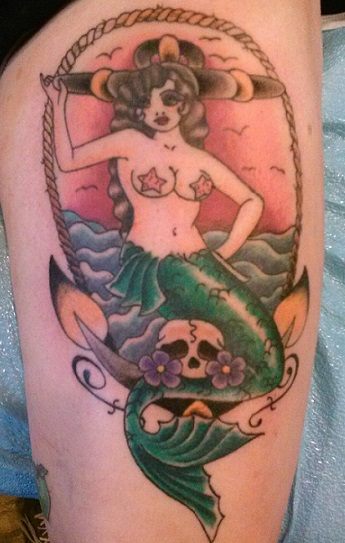 On the beautiful Josi

After the first session...

BUMPER STICKERS!!!
FREE!!!
Stop in and get yours before they are gone!

So, with the streets being mobbed with little monsters and devils (along with robots, princesses, and cast members of Duck Dynasty), things here at Inky Squid Studios were pretty slow. I decided on some of my own version of Halloween music and commenced to turn up the volume. Then, after a few hours of watching the fun without being able to participate, it happened...

One little witch noticed that the light here was on. The parents were obviously hesitant - what tattoo shop is going to have candy? And, to be honest, I didn't. I didn't have anything other than the normal dish of cheap dum-dums and I didn't expect them to come in. But suddenly there she was - pumpkin bag in my face and "trick-er-treating" through a gap-toothed grin. I showed her the lollipops and before she was out the door five more masked munchkins were in the shop! And then it occurred to me...I was just about blasting MARILYN MANSON...

Needless to say, once I had finished diving for the iPod and furiously scrambling to change the music, things went rather smoothly. The rest of the night was a constant stream of creative creatures and it turned out to be a lot of fun.

So that was the first Halloween at the Squid. Good times. :) 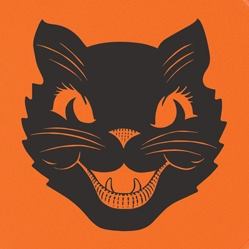 Something Wicked (and small) this way comes
AKA - horrifying children

i have been sick...stupid change of seasons...

In progress on the lovely Hannah Marshall...

Beachgoers in Spain discover 30-foot giant squid | GrindTV.com Beachgoers in the Spanish community of Cantabria were astonished Tuesday when they stumbled onto the carcass of a giant squid that had washed ashore almost [...]

Ahh...The weather is beautiful, crisp and colorful...The shop has fully reopened...And most of the people I know are healthy and happy.

...and if you aren't as happy as you could be maybe a new tattoo would help. ;)

Ok...update: A slight setback but I'm not going to let that totally stop me from re-opening the shop. I will now be officially reopening Wed Sept 18th. I will be there (and NOT square) starting with the normal hours of 2 - 7.

Contact me about appointments! Thanks for understanding guys - I couldn't ask for a better clientele!

I am sorry for the down time but Inky Squid will be reopening on Friday the 13th of Sept. I am taking appointments now for that time.

The AC in the shop may be on the fritz but thats what fans are for! Besides...coming in for a new tattoo is still better than being outside in this weather! ;)

4th of July blowout! INKY SQUID STUDIOS will be open to walk-ins and, this year, for July 4th ONLY, it is a $30 star tattoo!

There will be some designs to choose from but I am always open to suggestion! FIRST COME - FIRST SERVE :)

So I just wanted to stop by and apologize to those whose appointments I have had to reschedule these last few days. I was unexpectedly in the hospital but things are better now. Starting tomorrow (Sat. June 15th) it will be back to business as usual!

Oh, and thank you to all those who wished me well!

I'm back from vacation! It was fun - great weather - but good to be home too! Thanks Hannah and Mandie for helping me out while I was away!

We cannot teach people anything; we can only help them discover it within themselves.-Galileo

We create a unique health center in which patients and staff are engaged as a collaborative team to achieve exceptional health outcomes for individuals and the community. We'd love to have you visit.

I specialize in handcrafted, all natural goat milk soap & other handmade goodies.

**Appointment Only** Spa Neos is a "Dream Spa" with the intentions to allow people to get back to the heart of it; Who God created them to be!

I am a Licensed Massage Therapist in the Charlottesville area providing safe therapeutic touch.